Posted on December 29, 2020 by adacottrellfoll 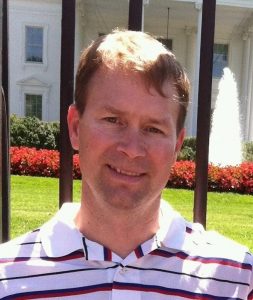 Robert was born in Richmond VA,in 1963. He graduated from Russel High School and the university of Kentucky, where he majored in Electrical Engineering.

He was also a captain of the UK swim team. Robert later graduated from the Naval Flight Training School in Pensacola, FL. At the outbreak of the war in Afghanistan, he volunteered and served at Bagram Air Force Base.

Prior to his death, he worked at the John Hopkins Applied Physics LAB. He was a community volunteer, and taught coding and robotics to high school students.

He is survived by his spouse Joyce, their daughter, Ada, father and stepmother, Roger and Barbara Cottrell of Franklin, TN, brother and sister-in-law Stuart & Suzan, of Phoenix, AZ and Willie Sias, Robert’s best friend.

ACKNOWLEDGEMENT FROM THE FAMILY: The family of the late Robert Phillip Cottrell, we all greatly appreciates your kind expression of sympathy in our great loss. Your prayers and efforts were greatly appreciated. Thanks for keeping us in your thoughts.

This entry was posted in Uncategorized. Bookmark the permalink.